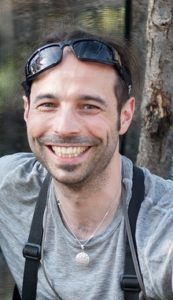 Graduated as landscape ecologist 2004 in Greifswald, the scientific interests of Jonathan Etzold focus on ornithology, vegetation ecology and sustainable natural resource management. Since then he gained a wide range of expertise in various projects, as well as free-lancer and as scientific staff for the University of Greifswald, the Michael Succow Foundation and DUENE e.V. Besides free-lance ornithological assessments, Jonathan studied grassland ecosystems in the Caucasus Mountains in interdisciplinary research projects and developed ideas for their sustainable use. On behalf of GIZ in 2010 he was the driving force in developing a Monitoring Manual for highland pastures in the South Caucasus which was later extended to lowland winter pasture ecosystems. Since then the approach was applied in numerous trainings and first assessments were implemented in the South Caucasus and Central Asia (e.g. on behalf of GIZ, UNDP, CNF). Deduced from these efforts Jonathan managed measures on erosion reduction in highland pastures (e.g. through bio-engineering and village based tree nurseries). In Azerbaijan he trained members of local universities in field ecological methods and led several landscape-ecological excursions. Since 2015 Jonathan is director of ESTOK.